Bonds or debentures are financial instruments. A bond is a certificate or evidence of a debt on which the issuing company or governmental body promises to pay the bondholders a specified amount of interest for a specified length of time and to repay the loan on the expiration date. A bond may be in bearer or registered form. At issuance, the par value of one bond represents a fraction of the total amount of the loan. The interest payments on bonds may be either fixed or variable. The duration of the loan, as well as the terms and conditions of repayment, are determined in advance. Certain structured products may take the form of a bond and, therefore, these products will be described under “structured products”.

The purchaser of a bond (the creditor) has a claim against the issuer (the debtor).

Depending on market conditions, these products may provide a higher return than other fixed-income products. But higher returns >>>>> higher risks!!!!

Something else -   Cash flows identification Only Principal and interest

Floating rate debentures can take several forms, such as for instance:

Floor floater debentures, which are variable-interest debentures which pay a minimum level of interest. Therefore, in the event that the sum of the reference rate and the spread falls below this level, the investor will receive payment of interests at least at the minimum rate determined in advance. Conversely, for cap floater bonds, the rate of interest paid to the investor is limited to a maximum amount determined in advance.

For these bonds, it is not possible to anticipate, as of their issue, the actual yield of the investment since the latter vary according to the fluctuations of market rates.

For certain variable-interest debentures, it can be provided that the interest rate moves in the opposite direction to market rates (i.e. reverse floating rate debentures). For these medium or long-term bonds, the interest rate payable to the investor is calculated according to the difference between a fixed rate of interest and a reference rate (e.g. 16% minus LIBOR). This means that the investor’s interest income rises when the reference rate falls.

The price of these bonds is usually subject to higher market fluctuations than the fixed-rate debentures having the same maturity.

There are also convertible floating rate debentures which give the investor or the issuer (depending on the terms and conditions of the bonds) the right to convert the note into a normal fixed-interest bond. If the issuer reserves this right, the actual yield of the bond may be lower than that contemplated by the investor.

Something else -   Control and continuing involvement

Zero bonds do not have interest coupons attached. Instead of periodic payments of interests, the investor receives the difference between the redemption price and the issue price (in addition to the repayment of the principal amount). Such bonds are usually issued at a discount to their nominal value and redeemed on maturity at par. The size of the discount granted to the investor depends on the maturity of the bond, the borrower’s creditworthiness, and prevailing market interest rates.

Hence, such bonds offer investors a fixed lump-sum payment at a future date if the bond is held until maturity (which may have various tax implications depending on the countries). On the contrary, if the bond is sold before maturity, the investor will only receive payment of the sale price of the debentures.

Therefore, if market interest rates increase, the price of these debentures falls more sharply than for other debentures with the same maturity and credit rating. Moreover, in case of foreign currency denominated zero debentures, there is also an increased exchange rate risk because interest payments are not made on a regular basis over the life of the bond but there is only payment of a lump sum at a future date determined in advance.

For combined-interest debentures or step-up debentures, the investor does not receive interest payments at a single, fixed rate over the entire life of the bond. However, such debentures are similar to fixed-rate debentures in so far as the interest rate is determined in advance and does not depend on fluctuations in market rates. Instead, the rate of interest only changes during the term of the bond, following a pattern agreed at the time of issue.

Indeed, with combined-interest debentures, it is agreed that there will be no coupon for the first years of the life of the bond but an above-average coupon will be paid to the investor for the remaining 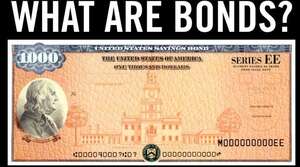 years. These bonds are usually issued and redeemed at par.

With step-up bonds, a relatively low coupon is paid initially, and a very high one is paid to the investor for the following years. These bonds are usually issued and redeemed at par.

These debentures are actually a hybrid of fixed and variable-interest notes. They usually have a maturity of 10 years, and pay a fixed coupon for the first years. Afterward, during a period of several years, the investor will receive interests calculated on the basis of a variable interest rate in line with market rates. For the last years of the life of the bond, the bond reverts to paying a fixed rate of interest to the investor.

Something else -   Pass through testing 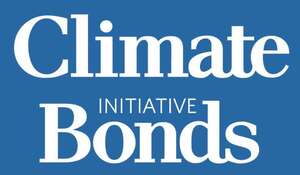 For these debentures, investors ought to inquire about the ranking of the debenture compared to other debentures of the issuer since, in case of a bankruptcy of the issuer, those debentures will only be reimbursed after repayment of all higher ranked creditors (preferential and pari passu debentures).

However, generally, the better the position of the creditor in case of insolvency is, the lower the return of the bond will be.

In this case, the investor is granted the right to exchange the debentures, at a specific time or within a specific period, for shares in the issuer at a ratio determined in advance. There is usually a minimum lock-in period during which an investor cannot exercise his right of conversion. In case the right of conversion is not exercised, the debentures remain fixed-interest notes, repayable at par on maturity.

There are also debentures which give the investor the right to subscribe for shares, in addition to the bond and not as an alternative. This subscription right is certificated by a warrant which is detachable from the bond. This warrant can be traded separately. The shares in the issuer can be purchased by the investor on surrender of the warrant, on terms agreed in advance. The investor continues, in addition hereto, to hold the bond until maturity. As for debentures with conversion rights, the periodic interest payments are usually relatively low. Moreover, the price of such bonds, with the warrant attached, will equally track the price of the underlying shares. If the bonds are without the warrant attached, they amount to traditional bonds and, therefore, their price is mainly determined by market rates.

Certain special forms of the bonds described in the preceding paragraph give the holder of the warrant the right to buy or sell another bond determined in advance at a fixed price.

Something else -   Inter-company loans