A cash-generating unit (CGU) is the smallest identifiable group of assets that generates cash inflows that are largely independent of the cash inflows from other assets or groups of assets.

This definition is of importance in IAS 36 Impairment of assets:

The recoverable amount is calculated at the individual asset level. However, an asset seldom generates cashflows independently of other assets, and most assets are tested for impairment in groups of assets described as cash-generating units. A cash-generating unit is the smallest identifiable group of assets that generates cash inflows that are largely independent of the cash inflows from other assets or groups of assets.

Goodwill acquired in a business combination is allocated to the acquirer’s CGUs that are expected to benefit from the business combination. However, the largest group of CGUs permitted for goodwill impairment testing is the lowest level of operating segment. Under IAS 36, Impairment of Assets, impairment testing of goodwill must be performed at a level no larger than an operating segment as defined in IFRS 8, Operating Segments.

However, complexity is created because IFRS 8 allows operating segments to be aggregated into a higher-level reportable operating segment if certain criteria are met. IAS 36 was not clear as to whether the highest level of aggregation of CGUs for goodwill allocation and impairment testing purposes was to be no larger than an operating segment before or after this aggregation.

To deal with this lack of clarity, the International Accounting Standards Board (IASB) has issued an amendment to IAS 36 to clarify that a CGU cannot be larger than an operating segment before aggregation. Entities should ensure their CGUs are aligned with their operating segments.

The recoverable amount of a CGU is the same as for an individual asset. The carrying amount of a CGU consists of assets directly and exclusively attributable to the CGU and an allocation of assets that are indirectly attributable on a reasonable and consistent basis to the CGU, including corporate assets and goodwill. Where goodwill has been allocated to a CGU and the entity disposes of an operation within that CGU, the goodwill attributable to the operation disposed of is included in the carrying amount of the operation when calculating the profit or loss on disposal.

CGU – A restaurant or each table? 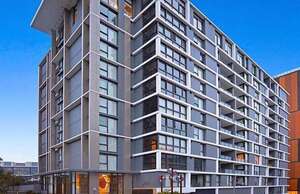 For example, the tables in a restaurant do not generate cash.

They do belong to a larger CGU though (the restaurant itself).

It is the restaurant that is then tested for impairment

Something else -   Determining a leases discount rate

Added to this will be assets that are not directly attributed such as head office and a portion of goodwill.

The purpose of this example is:

Store X belongs to a retail store chain M. X makes all its retail purchases through M’s purchasing centre. Pricing, marketing, advertising and human resources policies (except for hiring X’s cashiers and sales staff) are decided by M. M also owns five other stores in the same city as X (although in different neighbourhoods) and 20 other stores in other cities. All stores are managed in the same way as X. X and four other stores were purchased five years ago and goodwill was recognised.
What is the cash-generating unit for X (X’s cash-generating unit)?

In identifying X’s cash-generating unit, an entity considers whether, for example:

All M’s stores are in different neighbourhoods and probably have different customer bases. So, although X is managed at a corporate level, X generates cash inflows that are largely independent of those of M’s other stores. Therefore, it is likely that X is a cash-generating unit.

B Plant for an intermediate step in a production process

X could sell its products in an active market and, so, generate cash inflows that would be largely independent of the cash inflows from Y. Therefore, it is likely that X is a separate cash-generating unit, although part of its production is used by Y (see paragraph 70 of IAS 36).

It is likely that Y is also a separate cash-generating unit. Y sells 80 per cent of its products to customers outside of the entity. Therefore, its cash inflows can be regarded as largely independent.

Internal transfer prices do not reflect market prices for X’s output. Therefore, in determining value in use of both X and Y, the entity adjusts financial budgets/forecasts to reflect management’s best estimate of future prices that could be achieved in arm’s length transactions for those of X’s products that are used internally (see paragraph 70 of IAS 36).

As a consequence, it is likely that X and Y together are the smallest group of assets that generates cash inflows that are largely independent.

At each reporting date, an entity should assess whether there is any indication that an asset may be impaired. According to the circumstances, impairment analysis should be performed at an asset level or at a cash-generating unit level.

Before an entity recognises an impairment loss for

the entity shall first recognise any impairment loss for assets related to the contract that are recognised in accordance with another Standard (for example, IAS 2, IAS 16 and IAS 38). After applying the impairment test, an entity shall include the resulting carrying amount of these assets in the carrying amount of the cash-generating unit to which it belongs for the purpose of applying IAS 36 Impairment of Assets to that cash-generating unit.

Something else -   Impairment of assets

Something else -   Impairment testing cash generating unit with IFRS 16 leases