Construction Variable pricing is about a thing that happens quite a lot in the construction industry. Additions, extras, deletions, you name in construction they use it….

If the consideration promised in a contract includes a variable amount, then an entity estimates the amount of consideration to which it expects to be entitled. Consideration can vary because of discounts, rebates, refunds, credits, price concessions, incentives, performance bonuses, penalties or other similar items. [IFRS 15 50–54, IFRS 15 IE 101 – 108  Example 20 and Example 21]

To estimate the total variable contract price, an entity uses one of the following methods to estimate the amount of consideration to which it expects to be entitled:

The entity uses and documents whichever of these amounts better predicts the amount of consideration to which it expects to be entitled.

Something else -   Licences of intellectual property

Factors indicating that including an estimate of variable consideration in the transaction price could result in a significant revenue reversal include, but are not limited to, the following:

At the end of each reporting period, the entity updates the estimated transaction price to represent the conditions at period end. IFRS 15 prescribes specific estimation techniques for variable 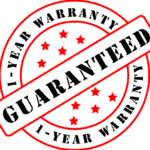 consideration and only permits variable amounts to be included to the extent that it is highly probable that the revenue will not reverse.

IFRS 15 does not specifically require an amount of consideration to be reliably measured. Instead, variable amounts are estimated at either their expected value or most likely amount and included in revenue to the extent that it is highly probable that the revenue will not reverse.Construction Variable pricing

Highly probable is the threshold in construction contract accounting and there is guidance on how to apply it [IFRS 15 56 -57]. Highly probable is a higher hurdle than probable under IAS 11. This results in later recognition of variable amounts and the deferral of revenue in some cases.Construction Variable pricing

A critical judgement is whether the entity’s past experience can be considered predictive. Construction Variable pricing

In construction contract modifications in many cases, a change in scope may be approved, but the change in price may not. In these cases, measurement of revenue will be governed by the guidance on variable consideration which means that even where approval for the modification has been obtained, the price change will be included in revenue only when it is ‘highly probable’ that there will be no significant revenue reversal in the future. Construction Variable pricing

Something else -   Identifying the customer or collaborative arrangement