Continuous assessment of control is part of documenting your consolidation routines. IFRS 10 clarifies that control over another entity is reassessed if facts and circumstances indicate that there are changes to one or more of the three elements control discussed in the definition of Control of an investee.

The principle of continuous assessment is broad. Put simply, a reassessment of control should be carried out whenever a change that could affect the outcome of the assessment takes place. This could naturally include a very wide variety of circumstances.

From a defensive point of view – document an annual review of this continuous assessment of control in your consolidation files. 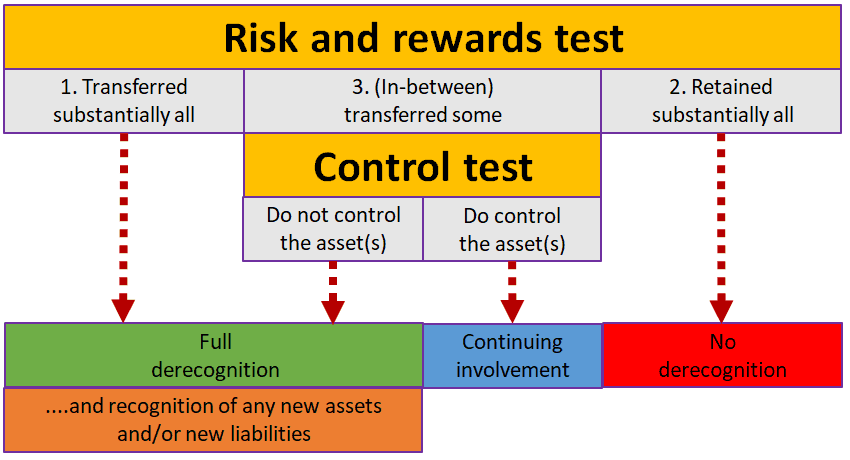 Some examples of situations when a reassessment of control could or would be appropriate include:

One could also very well argue that reassessment may also be required when different investors have rights over activities that take place at different times (see Scenario 1 and 2). Continuous assessment of control

In August 2012, the Committee received a request for clarification about IFRS 10 Consolidated Financial Statements. The submission related to protective rights and the effect of those rights on the power over the investee, more specifically in situations when those protective rights are exercised.

Something else -   Software as a service

The details of the example submitted were: Continuous assessment of control

The Staff noted that the submitter highlighted two interpretations could arise under IFRS 10:

The Staff asked the Committee whether they agreed with their recommendation not to add the topic to the Committee’s agenda.

After a detailed discussion, the Chairman summarised the issues. He noted that the assessment should be continuous. He noted that when a “trigger” occurred then this would change the basis upon which one would either include or exclude rights from the continuous assessment.

He noted that this may mean that certain rights may now be included in the assessment of control that may not have previously been considered. He noted that this should be the principle that underpins the future agenda decision.

He noted also that a protective right could change over time and should be considered in the reassessment of control. No vote was held and no decisions were taken in this Committee meeting.

In the May 2013 meeting, Staff provided a draft agenda notice, based on the discussions held during the previous meeting. The Committee approved the agenda decision (as modified by drafting comments).

In the September 2013 meeting, Staff discussed three comment letters they received since the May 2013 meeting and noted two respondents agreed with the Committee’s decision whilst one agreed but recommended that the agenda decision should not refer to the Board’s redeliberations, because the agenda paper that is referred to in the decision does not form part of the Board’s authoritative literature.

Staff disagreed with this because they believe the clarification of the Board’s intention, as contained in that agenda paper is useful. The second suggestion was that the agenda decision should make it clear that a reassessment may, or may not, result in a conclusion that control has changed.

Staff considered the two suggestions and recommended confirming the tentative agenda decision as worded in May 2013 IFRIC update but with the inclusion of an additional sentence related to the second recommendation from the respondent.

Something else -   Securitisation in 1 Best Complete Reading