This Contractual cash flows SPPI test is part of the decision model for the classification and measurement of financial assets, that started in the IFRS 9 Framework for financial assets. But you can also read it without doing the test …. off course?

Ok so the financial instrument to classify and measure is a debt instrument and the business model is hold to collect and sell.

What is the SPPI test is about the classification of non-equity instruments (financial assets) under IFRS 9, that is dependent on two key criteria:

The solely payments of principal and interest (SPPI) test requires that the contractual terms of the financial asset (as a whole) give rise to cash flows that are solely payments of principal and interest on the principal amounts outstanding ie cash flows that are consistent with a basic lending arrangement. Unlike the business model test, this assessment must be carried out on an instrument by instrument basis. 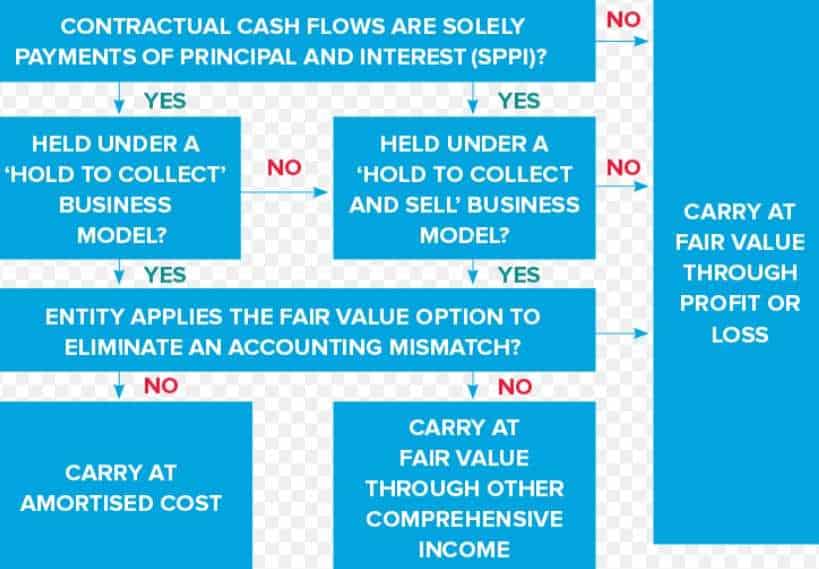 Which financial assets are likely to meet the SPPI test?

Common examples of financial assets that will meet the SPPI test are:

Which financial assets are likely to fail the SPPI test?

Common examples of financial assets that will fail the SPPI test are:

When we talk of failing the test, we mean that the asset must be measured at FVPL. Applying the Business Model and SPPI tests is not necessarily straightforward and their outcomes sometimes can be surprising. Consider, for example, the following table, which illustrates how the tests can affect the classification and measurement of common types of financial assets.

Factors to consider in applying the SPPI test

IFRS 9 identifies the following factors as being relevant in applying the SPPI test:

The question is: Are the contractual cash flows solely payments of principal and interest on the principal amounts outstanding?