In contrast, in the context of derecognition under IFRS 9, control is based on whether the transferee has the practical ability to sell the asset. This IFRS 9 notion addresses the extent that the transferor continues to be exposed to the cash flows of the particular asset that was the subject of the transfer as opposed to be exposed to risks of a more general nature, similar to a derivative. Control and continuing involvement

IFRS 9 explains that the transferee has the ‘practical ability’ to sell the transferred asset if: Control and continuing involvement

In the context of the first bullet point above, the transferee has the practical ability to sell the transferred asset if it is traded in an active market because the transferee could repurchase an identical asset in the market if it needs to return the asset to the entity.

For example, an entity (the transferor) may transfer 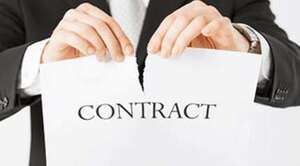 security with an option (neither deeply in nor out of the money) attached that allows the entity to repurchase the security at some future date. If there is an active market in the security, the transferee is able to sell the security to a third party, knowing that it will be easy to obtain a replacement asset and fulfill its obligation if the transferor exercises the option.

In the absence of an active market, the transferee will only be able to realise the value of the asset by selling a similar guarantee or put option with the assets. Put another way, if the put option or guarantee is valuable enough for significant risk to be retained by the transferor, it precludes the transfer of control. Control and continuing involvement