In traditional defined benefit pension plans, workers accrue a promise of a regular monthly payment from the date of their retirement until their death, or, in some cases, until the death 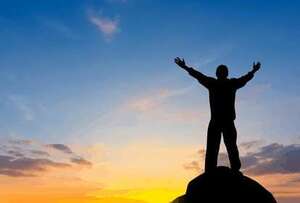 of their spouse. The promised life annuity (deferred) is commonly based on a formula linked to an employee’s wages or salary and years of tenure at the sponsoring firm. Defined Benefit Pension Plans

In a typical DB plan the member earns a unit of pension, usually expressed as a percentage of nominal earnings, for each year of credited service/participation. The DB pension may be indexed to inflation but in a number of countries such as the U.S. and Canada, this is uncommon in private sector pensions. Defined Benefit Pension Plans

In final salary plans the expected benefit is generally designed to replace a predetermined percentage of ‘final salary’ based on a specific employment tenure that is typically ranging from about 35 to 40 years. The replacement rate varies considerably across plans; the most generous DB plans are designed with a salary replacement ratio of between 60-70 percent of final salary.

Unlike a defined-contribution plan, the amount of defined-benefits paid is determined by a formula that typically considers a variety of elements: employee age and years of service, for example, are multiplied by a factor such as the employee’s average annual earnings over a period of time when the employee’s earnings are normally at their highest. Defined Benefit Pension Plans

In order to meet the plan’s future commitments, the sponsor(s) must determine how much money it/they should contribute to the plan today so that there is enough money down the road to pay the benefits defined by the plan.

A defined-benefit plan specifies benefits in terms of uncertain future variables such as salary before retirement and years of continuous service, so the sponsor’s funding patterns must take these uncertainties into account. The funding level, therefore, depends on assumptions such as employee life expectancy, turnover, future salary levels, years of service and long-term interest rates.

The sponsor(s) is/are responsible during the life of the plan to ensure the plan has enough money to pay the defined benefits regardless of the performance of the pension fund and must make up any shortfall in the accumulated assets of the trust.

However, the reverse also applies: the sponsor(s) may claim surpluses accumulated in the trust, either by taking a contribution “holiday,” or through a refund of excess contributions, subject to certain legal and regulatory restrictions.

The pension expense recognised by a sponsor each period is rarely equal to the cash contribution actually made. Similarly, the pension obligation is a complex calculation because its measurement and recognition relate to unknown future variables projected over long periods. Thus, accounting for this type of plan is complex.

DB risk on employers and employees

The traditional DB pension framework imposes different types of risk on employers and employees. Note – The precise nature and magnitude of risk assumed by employers and employees is obviously a function of many factors that may be country specific. Yermo (2003) explains some of the additional types of risks encountered in the pension arrangements of various countries.

In a DB pension fund, the employer bears the risk of providing the employee with a pension benefit that, as noted earlier, is typically expressed as a specific replacement rate of pre-retirement gross earnings. The employer also bears market timing or temporal risk, in that DB plan assets may fall short of what is required to meet this obligation at the time of the employee’s retirement.

Through the pooling of plan contributions across a number of employees, not all of whom will retire at the same time, the employer is able to manage market timing risk much better than an individual would be able to. In managing the overall financial risk associated with a DB pension plan the employer bears ‘investment’ risk, the risk that actual returns on the assets set aside to fund accrued pension benefits may fall short of expectations; this could force employers to raise contributions if poor asset returns leave their pension plans sufficiently underfunded.

Employees, on the other hand, typically bear the brunt of inflation risk, because private DB plans generally do not index benefit payments for post-retirement increases in the general price level2. While inflation risk can be substantial, perhaps the greatest source of risk in DB pensions is “accrual” or “portability” risk, which reflects the fact that benefits have traditionally been loaded toward long-tenured employment relationships. Defined Benefit Pension Plans

Since benefit payments (nominal) are often computed as the product of earnings and tenure (both of which tend to increase each year) the accrual pattern is nonlinear in dollar terms (and in present value), with much of the final benefit accruing in the final years before retirement.

Note: The accrual pattern for DB payments is typically linear in terms of replacement rates as these tend to rise by one percentage point per year. However, as workers gain more and more tenure with the sponsoring firm, the present value of DB pension benefits as a share of earnings tends to accelerate sharply in the years just before retirement, as the timing of the benefit payments approaches.

Therefore, any changes affecting benefit payments that may occur toward the final years of work – including changes to the benefit formula, plan terminations, or an employment separation – can result in accrued benefits actually falling far short of a worker’s expectations. And, pension “shortfalls” are a risk not only for long-tenured workers – accrual risks are also caused by fairly lengthy vesting periods3 during which workers typically forfeit all of their DB benefits if their plan terminates or their relationship with the employer is severed.

Accrual risk is less of an issue in multi-employer plans where the pension plan is generally portable across the employers belonging to the plan. In the Netherlands , for example, the majority of employer pension plans, apart from those of some of the largest firms, are industry-based.  Defined Benefit Pension Plans

The distribution of risks for employers (ultimately the shareholders in private sector plans) and employees in DB pension plans are summarized in Table 1. Generally, the employer bears all the investment risks related to investing in DB plan assets and funding shortfalls that arise for various reasons. DB pension plans are not without risk to employees, who typically bear inflation risk, vesting risk and the risk that the actual benefit received falls short of the expected salary replacement level at retirement. Outside of industry or multi-employer DB plans, accrual risk is high for employees who do not remain with the same employer throughout their working career. Defined Benefit Pension Plans

In an average pay scheme, pension accumulation occurs for each year of service. The accrual in each particular year is linked to the salary earned in that year. There is no past-service benefits accrual should a salary increase. The yearly accrual equals a percentage of the pensionable base. In the Netherlands, the maximum percentage for tax purposes is 1.875% accrual per year as from 2015. The total accrual is the sum of the annual accrual and in most cases, this accrual is conditionally indexed.

Average pay systems are very common in compulsory industry-wide pension funds. The premium to be paid to the industry-wide pension fund is an equal percentage of the salary for each employee. This average premium is under enormous pressure due to longer life expectancy, aging of the workforce, low-interest rates and poor yields. Without further measures, the premium to be paid to pension funds (and insurance companies) for defined benefit schemes will increase sharply.

More and more pension funds are changing to hybrid pension schemes in which life expectancy and profit will influence the final height of the pension.

In this defined benefit system, the pension is related to final pay. In case of a rise in salary, the entire pension is increased with retroactive effect. The costs of funding additional prior benefits resulting from subsequent increases in salary are known as past-service costs. The yearly accrual equals a percentage of the pensionable base. Many countries set a maximum percentage for tax purposes for example 1.657% accrual a year. Final pay schemes have become rare around the world, due to the past-service element (backservice), which makes is very expense in the last years of employment (see the graphic below), the back service has to be paid in future premium contributions.

Present value of a defined benefit obligation – The present value, without deducting any plan assets, of expected future payments required to settle the obligation resulting from employee service in the current and prior periods.