Differences in international financial reporting – In the current stage of social development, all countries can be divided into the two following groups:

In the first group of countries laws are a set of merciless rules designed according to the principle ‘You are obliged to…!’, i.e., allowed only if expressly permitted in the law.

The responsibility of both physical and legal entities is to literally obey the rules laid down in the legislation which are provided for each even the smallest of the cases.

Accounting standards which are approved at the government level are introduced by the force of law. Any accounting procedures are laid down in detail, and the tax accounts and the possibility to control their full and due payment to the budget becomes the main accounting objective.

The second group of countries develops their laws in the form of a series of restrictions following the principle ‘You shall not be allowed to…!’, i.e., anything that is not forbidden is allowed.

The legislation establishes a framework within which both physical and legal entities may act freely. In this case, the state does not regulate the accountancy laws, being designed by multiple non-government organisations bringing together professional accountants.

Accounting turns into a creative process; it includes designing of systems, preparation of estimates, cost analysis, audit inspections, profit and tax planning. This difference in the approaches for designing the accounting systems can be explained due to the fact that in the majority of countries with strict legal regulation the financial needs of companies are fulfilled on the account of governments and banks. Business in countries with orientation on the general judicial legislation uses the share capital and securities markets.

Something else -   IAS 16 Generation assets for Power and Utilities

The country models can be in more detail subdivided as follows: 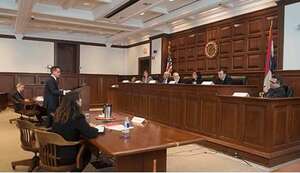 The International Accounting Standards Committee was formed in 1973 through an agreement between the professional accounting bodies from Australia, Canada, Germany, Japan, Mexico, Indonesia, Ireland, Great Britain, and the USA. Presently this organisation includes 14 professional accountancy body members in 105 countries.

Objectives of the IASC: Differences in international financial reporting

International financial reporting standards were developed due to the economic and national differences in various countries after long and multiple alignment processes. They are advisory by nature in respect of the national accounting models and their goal is to achieve the comparability of these systems.

Something else -   Notes to the financial statements