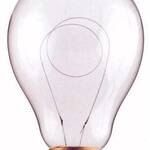 Literature suggests that voluntary disclosure of financial reporting is associated with participatory, democratic ownership structures. Conversely, secretive attitudes are fostered by the centralization of equity ownership around dominating interest groups and by institutionalized systems of collective bargaining.

In the proprietary model there is no separation between owner and manager. The aim of the company is to enlarge the owner’ capital, only the owner and the tax authorities are direct involved stakeholders. In fact, most of the times these companies only have an annual tax report and no other kind of statements1.

In the closed model there is a separation between the owner and the manager. In contrast with the above stated model two parties, except for the tax authorities are interested in information about the company. The use of the annual report is to show the investors how their money was invested and how the company earned its profits. The above stated separation could lead to managers that exploit the gap that exists between the two groups; to their advantage, but to the disadvantage of the shareholders.

Something else -   IAS 8 Best summary policies estimates and errors

The solution prescribed has generally been the regular provision of periodic financial information for shareholders. To point one specific year in history that was ‘the start’ of the closed model is a hard and also subjective thing to do. The start of the closed model was in 1950. At the end of the 1940’s, companies were more aware of the importance of the securities market as a source of capital and of the need to provide shareholders with more than the barest essential form one side of the balance sheet. The annual report became a tool for investors to call management to account.

(3) Towards the Open model

Over years, companies became more socialized. This increased the amount of company stakeholders. Not only the investors needed annual reports to generate company information but also more and more parties like, employees, unions, authorities, potential investors and others became interested.

Moreover, the annual report became a tool for investors to judge whether they want to invest in the company or not, a tool for banks to judge whether they want to provide loans, etcetera. Due to the increased amount of stakeholder groups, the disclosed information became not solely finance related anymore. This has led to the existence of for example social and environmental reports. The annual report obtained a function of informativeness and as a decision making tool. Financial reporting models

After the Second World War, but especially in the 1960’s and 1970’s the socialization of companies started to kick in. From that time on the companies weren’t pictured as being there for the owner’s welfare only. In the Netherlands this development affected legislation. The law on company councils, which enabled employee’s to have influence on the companies activities stems from that time period. Financial reporting models

In 1970 a new law was accepted, it was an extension of the 1928-1929 Commercial Code (…) and was clearly aimed at greater openness on the part of companies (…) ‘openness’ was broadly interpreted, and included the use of more acceptable principles for valuation and income determination.

Specifically the law was aimed at ending the practice of using secret and hidden reserves. The forming of standards and norms can be viewed as an attempt to make financial statements more accessible and is considered the proxy for the starting of the open-model.

The transition from the closed to the open-model has implications for the annual reports. Requirement standards increase by the number of stakeholders. Investors want to have reliable information to make decisions. With regard to the open and closed model, a firm has several objectives to maintain a sound disclosure policy.

It was found that a sound disclosure policy fosters a healthy relationship between the company and professional financial analysts, and most observers feel that analysts have tremendous influence in today’s investment market. Financial reporting models

In addition, by providing more information, the investors can assess whether an investment is risky or not. The firm therefore does not have to pay a high premium in order to interest investors in their securities. Thus, firms that practice good disclosure will experience higher stock prices over the long run. In addition to directly benefiting existing stockholders and corporate managers, the higher market prices have a favorable impact on the firm’s cost of capital. Financial reporting models

Research tended to show that good disclosure tends to lessen the fluctuations in a security’s price. The market price will therefore reflect more accurately the firm’s intrinsic value, which increased investor confidence by reducing gambling and speculations. Financial reporting models

Next to this, good disclosure reduces insider profits. The more a firm discloses about its prospects the less superior returns can be achieved by insiders.

Something else -   Uncertainty in income tax measurement

A final advantage is that a company with a sound disclosure policy avoids costly requirements that are imposed on the firms by authorized institutions.