Grouping similar hedging transactions – It sometimes will be impractical (perhaps impossible) and not cost-effective for an entity to identify each individual transaction that is being hedged. An example is a group of sales or purchases over a period of time to or from one or more parties. 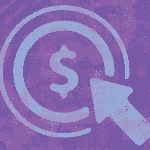 Under the guidance in IFRS 9, a single derivative instrument of appropriate size could be designated as hedging a given amount of aggregated forecasted transactions, such as any of the following:

At the time of hedge designation only, the transactions in each group must share the risk exposure for which they are being hedged. For example, the interest payments in the group in (c) in the preceding paragraph shall vary with the same index to qualify for hedging with a single derivative instrument. Grouping similar hedging transactions

For example, an entity expects to sell at least 300,000 units of a particular product in its next fiscal quarter. Grouping similar hedging transactions