IAS 36 Other impairment issues – When looking at the step-by-step IAS 36 impairment approach it comes down to the following broadly organised steps: IAS 36 How Impairment test

IAS 36 Other impairment issues discusses other common application issues encountered when applying IAS 36, including those related to:

This refers to a well-known application issue that sometimes arises in testing goodwill for impairment. In some business combinations, goodwill arises mainly or solely as a consequence of deferred tax liabilities (DTLs). DTLs are recognised (and increase goodwill) when the acquisition date fair value of identifiable assets exceeds their tax base. The effect of deferred tax on goodwill is relevant to most business combinations but can be particularly significant for acquisitions involving:

The example below illustrates how this interaction can affect the impairment review.

In general, this deferred tax-related goodwill is an accounting phenomenon that does not represent real benefits that the acquirer has paid for and that may increase future cash flows. When this goodwill is tested for impairment (having been allocated to CGUs) using the normal IAS 36 approach, as illustrated in example above, it may be immediately impaired (also referred to as a ‘day 1’ impairment).

IAS 36.75 requires the carrying value of a CGU to be calculated in a manner consistent with the determination of VIU. Hence, tax balances should generally be excluded from CGUs for impairment testing. However, recognizing a day 1 impairment loss is also counter-intuitive and is viewed by some as an unintended consequence of the various requirements in IFRS 3, IAS 12 and IAS 36.

For this reason, many IFRS Experts believe that it is appropriate to use a practical expedient to avoid a day 1 impairment when it is due solely to DTLs increasing goodwill in a business combination. However, views differ on how to achieve this.

IAS 36 Non-controlling interests (NCI) are equity instruments of the acquiree not held directly or indirectly by the acquirer and arise when a parent holds less than 100% of the equity of a subsidiary. IFRS 3 includes an accounting policy option to initially measure NCI at either: 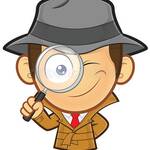 When the fair value model is used, 100% of the goodwill in the acquiree is effectively recognised (both the acquirer’s and the NCI’s share) in the statement of financial position. This is sometimes described as the ‘full goodwill’ method. In this case, when the entity performs its impairment review, there is no ‘mismatch’. This is because VIU and FVLCOD are estimated based on 100% of the asset or CGU under review and its related cash flows. Said differently, the entity will be comparing ‘like with like’.

In practice however, acquirers more often measure NCI at the proportionate interest in the acquiree’s recognised identifiable net assets. In this case, only the acquirer’s interest in the goodwill is recognised (‘partial goodwill’ method). Therefore, without an adjustment, the carrying value of the CGU is understated because recoverable amount is based on 100% of the cash flows but the carrying value does not include all the goodwill that contributes to those cash flows). Said differently, the entity will not be comparing ‘like with like’.

In this situation, an adjustment is required to address the mismatch. The carrying amount of goodwill allocated to the unit must be grossed-up to include the goodwill attributable to the NCI (IAS 36.C4). This involves:

The example below demonstrates how to adjust the impairment test when the proportionate interest method option is used to recognise and measure NCI in a business combination.

As discussed in ‘Step 1: Identify assets within the scope of IAS 36’, the requirements of IAS 36 apply to subsidiaries, associates and joint ventures accounted for under the cost method in the parent’s separate financial statements and to investments accounted for using the equity method in accordance with IAS 28 ‘Investments in Associates and Joint Ventures’. The impairment review for an investment in an associate or a joint venture involves two steps:

In determining its share of share of profits or losses, the investor uses financial statements of the investee that comply with IFRSs and are prepared using uniform accounting policies. This includes the application of IAS 36 to account for impairment of the investee’s identifiable assets. It should be noted that the investor should adjust the carrying amount of the investee’s assets and liabilities to fair value at the date significant influence or joint control is obtained (in a similar manner to business combination accounting). This may in turn require subsequent adjustments to the investee’s results – including its depreciation and impairment charges (see below example Step 1: Applying the equity method).

Step 2: Reviewing the investment in the associate or joint venture as a whole for impairment

Interaction between IAS 36 and other IFRS Standards

This section highlights how IAS 36’s requirements can interact with the requirements of certain other IFRSs (excluding interactions addressed elsewhere on this site).

IAS 36 calls for an assessment ‘at the end of each reporting period’ for any indication that an asset may be impaired (IAS 36.9). For entities that prepare half-yearly or quarterly financial statements in accordance with IAS 34, the assessment will be more frequent than for entities that prepare only annual financial statements, subject to the ‘reliefs’ highlighted in IAS 36 How Impairment test.

This loss cannot be reversed even if conditions change at the end of the annual period and indicate that the impairment loss would have been reduced or avoided (had the entity only reported annually). IFRIC 10 ‘Interim Financial Reporting and Impairment’ effectively confirms that the prohibition on reversing goodwill impairment in IAS 36 overrides the statement in IAS 34.28.

IAS 10 provides guidance on whether an entity should adjust its financial statements for events that occur after the reporting period and prescribes related disclosures. In summary, adjustments 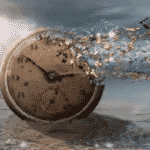 The impact of evidence that becomes available after the reporting period about adverse changes in economic performance or the external environment may require more detailed evaluation. Judgement may be required to decide whether the underlying adverse condition existed at the period-end.

If an entity concludes that an event after period-end is indicative of conditions that arose after the reporting period (ie a non-adjusting event), disclosure in accordance with IAS 10 may still be necessary.

The interaction between IAS 36 and IAS 37 in relation to restructuring plans and VIU is explained in IAS 36 How impairment tests – Restructuring cash flows.

Another interaction arises in relation to onerous contracts. IAS 37.69 requires that an entity recognises any impairment loss that has occurred on assets dedicated to a contract before recognising an onerous contract provision. For example, a lessee in an operating lease of property that might have become onerous would test any leasehold improvements for impairment before recognising and measuring a provision for the onerous lease.

Excerpts from IFRS Standards come from the Official Journal of the European Union (© European Union, https://eur-lex.europa.eu). Individual jurisdictions around the world may require or permit the use of (locally authorised and/or amended) IFRS Standards for all or some publicly listed companies.  The information provided on this website is for general information and educational purposes only and should not be used as a substitute for professional advice. The specific status of IFRS Standards should be checked in each individual jurisdiction. Use at your own risk. Annualreporting is an independent website and it is not affiliated with, endorsed by, or in any other way associated with the IFRS Foundation. For official information concerning IFRS Standards, visit IFRS.org or the local representative in your jurisdiction.