Provisions are liabilities of uncertain timing or amount

A provision is recognised for a legal or constructive obligation arising from a past event, if there is a probable outflow of resources and the amount can be estimated reliably. ‘Probable’ in this context means more likely than not. A ‘constructive obligation’ arises when an entity’s actions create valid expectations of third parties that it will accept and discharge certain responsibilities.

A ‘provision’ is a liability of uncertain timing or amount. A provision is recognised when:

A constructive obligation arises when an entity, by past practice or sufficiently specific communication to affected parties, has created a valid expectation in other parties that it will carry out an action. A management or board decision alone (e.g. to restructure) does not give rise to a constructive obligation; see below for decommissioning and  termination benefits. [IAS 37.10, IAS 37.75]

An entity may be subject to penalties only if obligating events are detected.

An entity may be involved in a dispute, in which the existence of a liability is uncertain, and be required to make a payment pending resolution of the case or may choose to do so to avoid interest charges – e.g. in a dispute with a tax authority about an uncertain levy in the scope of the provisions standard. Such a payment meets the definition of an asset.

If the existence of an obligation depends on the future actions of the entity, then a provision is not recognised until the obligation is unavoidable. [IAS 37.19]

Generally, a provision cannot be recognised for expenses to be incurred in a future period or future operating losses, with the exception of qualifying restructuring costs and onerous contracts (see below). [IAS 37.18, IAS 37.63, IAS 37.66]

A provision for restructuring costs is not recognised until there is a formal plan and details of the restructuring have been communicated to those affected by the plan. [IAS 37.71–72]

The amount recognised as a provision is the best estimate of the expenditure to be incurred. [IAS 37.36]

If the provision is being made for a large population of items, such as for product warranties, then the provision is measured at its expected value, which considers all possible outcomes weighted based on their probabilities. [IAS 37.39]

If there is a continuous range of possible outcomes in which each value is as likely as any other, then the provision is measured at the mid-point of the range. [IAS 37.39]

In general, when a provision is measured at its best estimate, which is less than the amount that could be payable, the difference between the two amounts is not a contingent liability, and there is no requirement to disclose the possible additional obligation. [IAS 1.125, IAS 37.85(b)]

If the effect is material, then the estimate of a provision is discounted at a pre-tax rate that reflects the time value of money and the risks specific to the liability, even if the timing of the outflows is not fixed or determinable. Risk is reflected by adjusting either the cash flows or the discount rate. The rate of return on assets set aside to fund an obligation is not used to discount the provision. [IAS 37.45, IAS 37.47]

Provisions are remeasured at each reporting date based on the best estimate of the expenditure to be incurred, and for changes in interest rates. [IAS 37.36, IAS 37.59, IFRIC 1.4]

Future events are reflected in measuring a provision if there is sufficient objective evidence that they will occur. For example, a technological development that would make decommissioning less expensive is considered if there is evidence that the new technology will be available. [IAS 37.48–49]

Gains from the expected disposal of assets are not considered in measuring a provision. [IAS 37.51]

A ‘restructuring’ (or variations of such word such as reorganisation), is a programme planned and controlled by management that significantly changes the scope of the business or the manner in which it is conducted. [IAS 37.10]

Recording a provision for restructuring (parts) of a business is a rather precise and therefor sensitive accounting process, although the provision ultimately recorded remains a best estimate. This is primarily a result of the misuse of such previsions in the past (new management started with setting up a provision for a restructuring, but later conclude it could be (largely or partly) reversed.

A constructive obligation (a strictly defined IFRS term – so there is no way back!) for a restructuring arises only when:

Implementation of the plan should begin as soon as possible and be completed in a time frame that makes significant changes unlikely. [IAS 37.74]

IFRS do not specifically address provisions for contract termination costs. However, an obligating event that results in an entity having no realistic alternative to settling the obligation is provided for as an onerous contract – e.g. a service contract under which the entity will continue to incur costs for its remaining term without economic benefit.

Restructuring provisions include only incremental costs associated directly with the restructuring. [IAS 37.80]

IFRS Standards prohibit the recognition of a provision for costs associated with ongoing activities. [IAS 37.80(b), IAS 37.81] 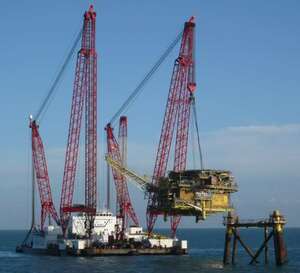 The cost of property, plant and equipment includes the estimated cost of dismantling and removing the asset and restoring the site (decommissioning or restoration) to the extent that such cost is recognised as a provision (see above). [IAS 16.16(c)]

If an entity uses the cost model for the subsequent measurement of property, plant and equipment, then any changes to an existing decommissioning or restoration obligation (other than changes related to the unwinding of the discount) are added to or deducted from the cost of the related asset, and are depreciated prospectively over the asset’s useful life. However, the amount deducted from the cost of the asset cannot exceed its carrying amount; any excess is recognised immediately in profit or loss. [IFRIC 1.5]

The remeasurement of a decommissioning or restoration provision includes the effect of changes in interest rates (see above). [IFRIC 1.3]

Under the revaluation model, changes in a liability for decommissioning or restoration (other than changes related to the unwinding of the discount) are recognised in the same way as a revaluation (see below), unless the change would reduce the depreciated cost of the asset to below zero. [IFRIC 1.6]

Although part of IAS 19 Employee benefits, termination benefits are many times an integral part of a reorganisation provision. So keep in mind IAS 19 is written from the perspective on one termination of an employment contract of one person.

The entity can no longer withdraw the offer (this is the same as the above mentioned constructive obligation) when it has communicated to the affected employees a plan of termination meeting all of the following criteria:

Under IFRS Standards, if the benefit is conditional on future services being provided, then it is not a termination benefit. [IAS 19.162]

Termination benefits are measured in accordance with the nature of the employee benefit provided:

Provisions and other liabilities

Provisions can be distinguished from other liabilities such as trade payables and accruals because there is uncertainty about the timing or amount of the future expenditure required in settlement. By contrast: 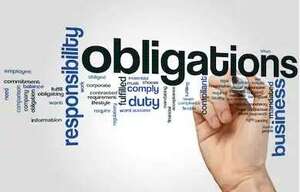 Accruals are often reported as part of trade and other payables, whereas provisions are reported separately.

In a general sense, all provisions are contingent because they are uncertain in timing or amount. However, in this case the term ‘contingent’ is used for liabilities that are not recognised because their existence will be confirmed only by the occurrence or non-occurrence of one or more uncertain future events not wholly within the control of the entity. In addition, the term ‘contingent liability’ is used for liabilities that do not meet the recognition criteria.

The valuation of provisions includes discounting and fair value based measurements. Provisions are discounted if the effect of discounting is material. IFRS does not specifically address provisions for contract termination costs. Provisions are not recognised for repairs or maintenance of own assets or for self-insurance before an obligation is incurred.

Provisions are remeasured at each reporting date based on the best estimate of the expenditure to be incurred, and for changes in interest rates. [IAS 37 36, IAS 37 59]

Some specific types of provisions