Recognition of a lease IFRS 16 into the details

To start for the first time a reporting entity has to review all contracts to see whether a specific contract is a lease only or contains a lease component.

Looking at the definition of a lease the reporting entity has to assess whether, throughout the period of use, the lessee has met the following two rights:

These particularities show IFRS 16 assigns a priority treatment to inclusion of assets and liabilities in the balance sheet rather then going off-balance sheet.

As per IFRS 11 Joint Arrangements, a joint arrangement is the lessee if it is the party in the lease contract. So the joint arrangement may be the party that has the right to control the use of the identified asset throughout the period of use.IFRS 16 into the details

Portions of assets IFRS 16 into the details

Some contracts provide the customer with the right to use a capacity portion of an asset. For example, a customer has the right to use 30 percent of a fiber optic cable’s capacity. For a capacity portion of an asset to represent an identified asset, it must represent substantially all (for example 95%) of the cable’s capacity, although it is not distinct.

Other contracts provide a customer with the exclusive right to use a specific capacity portion of an asset. Examples of physically distinct portions of assets are the floor of a multilevel office building or a pipeline lateral that connects an oil-producing property to a main pipeline system.IFRS 16 into the details

A capacity portion of an asset depends on the remaining capacity of the asset to function (for example, the second floor of a building cannot function without the first floor) and represents only a portion of a larger asset (the second floor of a ten-story building represents approximately one-tenth of the building’s capacity). However, as long as the capacity portion is physically distinct, it could be an identified asset in a lease.

Separating components of a contract IFRS 16 into the details

Something else -   Disclosures material joint operations

A promised good or service is ‘distinct’ if both of the following criteria are met: 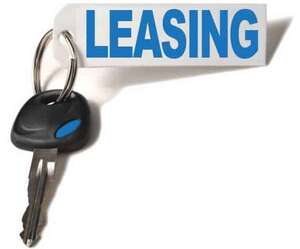 Indicators that an entity’s promises to transfer goods or services are not separately identifiable include:

Something else -   In-substance fixed lease payments

IFRS 16 is written in the context of accounting for the lease of a single asset. However, as a practical expedient to treating the unit of account as the lease of a single asset, an entity may apply IFRS 16 to a portfolio of leases with similar characteristics if the entity reasonably expects that the effects on the financial statements of applying the standard to the portfolio would not differ materiality from applying the standard to the individual lease contracts within the portfolio.

If it accounts on a portfolio basis, an entity is then able to make estimates and assumptions that reflect the size and composition of the portfolio.

Something else -   IAS 36 What is a lease impairment?

It will depend on how similar the features of each contract are (such as the specification of the vehicles) and the extent to which they were entered into at or around the same time.

IFRS 16 into the details

Something else -   IFRS 16 Lease term explained