In an active market (not inactive markets), transactions for the asset or liability take place with sufficient frequency and volume to provide pricing information on an ongoing basis. [IFRS 13 Definition] In 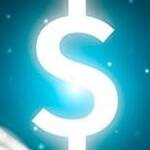 An orderly transaction assumes exposure to the market for a period before the measurement date to allow for marketing activities that are usual and customary for transactions involving such assets or liabilities. [IFRS 13 Definition] Inactive markets

A fair value measurement may be affected if there has been a significant decrease in the volume or level of activity for that item compared with normal market activity for that item. Judgement may be required in determining whether, based on the evidence available, there has been such a significant decrease. [IFRS 13 B37, IFRS 13 B42]

If an entity concludes that the volume or level of activity for an asset or liability has significantly decreased, then further analysis of the transactions or quoted prices is required. A decrease in the volume or level of activity on its own might not indicate that a transaction or a quoted price is not representative of fair value, or that a transaction in that market is not orderly. [IFRS 13 B38]

American International Group, Inc., an American insurance corporation listed on the Dow Jones Industrial Average from 2004 to 2008, was one of the largest public companies in the world. By the end of 2007, AIG had assets of approximately US$1 trillion, $110 billion in annual revenues, 74 million customers, and 116,000 employees in 130 countries and jurisdictions. Nevertheless, less than a year later, AIG found itself on the brink of failure and in need of emergency government assistance.

Something else -   IAS 36 How Impairment test

AIG Financial Products, a subsidiary of AIG engaging in a variety of financial transactions, had sold CDSs to other financial institutions to protect against the default of certain securities. As the US residential mortgage market deteriorated, the valuation of these securities declined severely. AIG reported $26.2 billion in unrealized losses from CDSs by the second quarter of 2008 and had to post $16.5 billion in collateral on its CDS portfolio.

The Federal Reserve Bank of New York was immediately authorized to create a credit-liquidity facility from which AIG could draw up to $85 billion. The credit facility carried a rate of LIBOR plus 8.5 per cent and entitled the US Treasury to a 79.9 per cent stake in AIG through preferred stock.

AIG’s board of directors promptly approved the loan transaction and drew down $28 billion of the credit facility. The government established an additional $37.8 billion credit facility in October 2008 and shortly thereafter granted AIG a lower interest rate and three extra years to pay back the loans.

The rescue package soon swelled to $150 billion, including $60 billion in loans, a $40 billion capital investment under the Emergency Economic Stabilization Act’s Troubled Asset Relief Program, and about $50 billion to buy mortgage-linked assets owned by AIG or guaranteed by the insurer through CDSs. Inactive markets

Although the government’s equity injection significantly relieved AIG’s liquidity pressures, the world economy in general and the financial industry in particular continued to falter as asset valuations continued to decline, causing AIG heavy losses through the end of the year.

In March 2009, AIG reported a fourth quarter loss of $61.7 billion – the largest quarterly loss in corporate history – topping off five consecutive quarters of losses totaling well over $100 billion. The announcement impacted trading around the world as the Dow Jones Industrial Average fell below 7000 points to a 12-year low.