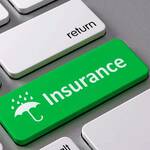 Insurance risk is significant if, and only if, an insured event could cause the issuer to pay additional amounts that are significant in any single scenario, excluding scenarios that have no commercial substance (i.e., scenarios with no discernible effect on the economics of the transaction). IFRS 17 clarifies this to require that [IFRS 17 B17]:

If an insurance contract requires payment when an event with uncertain timing occurs and the payment is not adjusted for the time value of money, there may be scenarios in which the present value of the payment increases, even if its nominal value is fixed. An example is insurance that provides a fixed death benefit when the policyholder dies. It is certain that the policyholder will die, but the date of death is uncertain. If the policyholder dies earlier than expected significant insurance risk could exist, as those payments are not adjusted for the time value of money, even if there is no overall loss on the portfolio of contracts [IFRS 17 B20].

Something else -   Disclosure about insurance risks

Excess of loss reinsurance – In non-proportional reinsurance, the reinsurer pays that part only of each claim above a limit (excess of loss) or alternatively the whole excess of the total of all claims over an agreed portfolio limit (catastrophe stop loss) It is customary to fix a limit so that very few claims will concern the reinsurers. However, some small direct insurers fix a rather lower excess of loss limit so that a larger number of claims will exceed the limit; this is known as a “working cover”. One advantage may be that the reinsurer will provide guidance in claim settlement and possibly in other ways.

Something else -   Reinsurance contracts held

Guaranteed benefits – Payments or other benefits to which a particular policyholder or investor has an unconditional right that is not subject to the contractual discretion of the issuer.

Guaranteed element – An obligation to pay guaranteed benefits, included in a contract that contains a discretionary participation feature.

Locked-in rate – In the General Model [IFRS 17 Insurance-Contracts], the Contractual Service Margin (CSM) is accreted in each reporting period using the discount rate at inception of the insurance contract (i.e. a locked-in rate).

Something else -   Directing relevant activities