IFRS 16 includes a single accounting model for all leases by lessees.

The main implications of the new standard on current practice for lessees include:

Lessees of retail premises paying contingent (turnover) rentals, and others required to make significant contingent rental payments, will be relieved to know that these will not be capitalised into the right-of-use asset, but will continue to be expensed in profit or loss.

Recording of Leases capitalisation on the balance sheet

The capitalized lease method is an accounting approach that posts a company’s lease obligation as an asset on the balance sheet. If the lease agreement meets at least one of the two criteria provided in IFRS 6 Leases, the lease is capitalized, which means that the lessee (the company leasing the asset from another) recognizes both depreciation expense (in operating profit) and interest expense (in profit before tax) on the lease, instead of lease expenses (in operating profit only).

The lessee also posts a lease obligation in the liability section of the balance sheet for the same dollar amount as the asset. Over time, the leased asset is depreciated and the carrying value declines.

IFRS B9 To assess whether a contract conveys the right to control the use of an identified asset (see paragraphs B13–B20) for a period of time, an entity shall assess whether, throughout the period of use, the customer has both of the following:

A lessee must capitalize a leased asset if the lease contract entered into satisfies at least one of the four criteria published by the Financial Accounting Standards Board (FASB). An asset should be capitalized if:

Industries and assets most impacted Leases capitalisation on the balance sheet 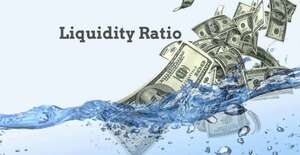 IFRS 16 will result in higher debt levels and interest costs (particularly in the earlier years of a lease) for any entities operating in industries that currently have many operating leases of high value that are material to their balance sheets. For example:

Something else -   4 proper uses of Residual value

Lessees can choose not to apply the IFRS 16 requirements to the following types of leases:

This low value item is applied to an item, not to a group of items, and applies to the ‘as new’ value, not a second hand value, meaning that vehicles are unlikely to meet the requirements for a small ticket item.

Lease payments for these assets will be recognised on a straight line basis over the lease term, or another systematic basis if more representative of the pattern of the lessee’s benefits.

There have been no changes in the requirements for accounting by lessors required by IAS 17 Leases (the old standard). This means that the distinction between operating and finance lease assets will remain.

IFRS 16 is operative for annual periods beginning on or after 1 January 2019 and can be adopted early if IFRS 15 Revenue from Contracts with Customers is adopted for the same accounting period.

Leases capitalisation on the balance sheet

Something else -   When is an asset identified?