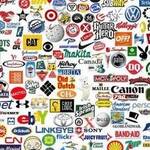 software as a single component by reference to IAS 18 IE 19 (which said: Fees from the development of customised software are recognised as revenue by reference to the stage of completion of the development, including completion of services provided for post-delivery service support). While other entities may have been separating post-contract support as a separate component from the software or even into multiple separate components.

Post-contract support is not a unique service contemplated or defined in IFRS 15. Software licences are commonly sold in a bundle that includes updates, also known as post-contract customer support. It is common that the software is a distinct ‘right to use’ licence, with revenue recognised at the point in time when it is transferred, while the post-contract support is delivered over time. However, there might be limited circumstances where the licence and updates are combined into a single performance obligation. Post-contract support services

If, in such limited cases, a licence and updates are combined, the outcome is generally a performance obligation that is delivered over time. Example 55 in IFRS 15 provides an illustration of this approach. There might be other performance obligations included as part the post-contract support package that require separate identification. However, they are often delivered over time and over a similar period as the combined service of software and updates; and, in practice, any allocation of transaction price would not have a significant effect on the timing and amount of revenue recognised. Post-contract support services

It is common for entities to only sell software and post-contract support as a package, or to only sell maintenance separately as a renewal. IFRS 15 only permits the use of a residual approach in limited circumstances. An entity might use the renewal price to determine the amount to be allocated to the software if certain criteria are met and the outcome faithfully represents the price if the software was sold separately. Post-contract support services

For example, assume that an entity sells licensed software and maintenance to a customer for C1.1m, and it regularly sells post-contract support for C1m and it licenses software on a stand-alone basis for between C0.5m and C5m. It would not be appropriate to apply the residual approach and allocate C0.1m to the software. This is because the residual approach results in a nominal allocation of selling price to the software licence, which does not faithfully reflect the stand-alone selling price. Post-contract support services

Post-contract support is an element included in virtually every software arrangement; it represents the right to receive services or unspecified product upgrades/enhancements, or both. PCS is often explicitly promised in the contract, but could also be implied as a result of the vendor’s past business practices. Post-contract support services

In such cases, the software license and the right to the unspecified product upgrades/enhancements are accounted for as a single performance obligation.