A joint venture (JV) is a contractual arrangement whereby two or more parties (the venturers) agree to share control over an economic activity. The parties do not merge.

Joint ventures may take many different forms and structures: 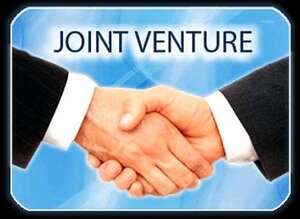 A venturer should recognize its interest in a jointly controlled entity using either:

Something else -   IFRS 2 Fair value of equity instruments granted

Equity Method: Generally used when you own 20 – 50% of a company (and as per above in accounting for joint ventures). However, the 20 – 50% is just a guideline, not a steadfast rule. It is actually whether a company can exert significant influence over the other company (representation on the Board of Directors, participation in the policy-making process, material transactions between the two parties, interchange of managerial personnel or technological dependency).

You recognize the investee on your balance sheet, initially at cost, as an asset (generally as a non-current investment). The investor’s share of the investee’s reported net income, adjusted for certain cost amortizations, shows up as a single line on the income statement. Dividends received are a return on capital and bypass the income statement.

The number of joint ventures, and the number of industries in which joint ventures are commonplace, have expanded considerably over the past forty years. The prescribed treatment for accounting for interests in joint ventures varies across nations, with some requiring the equity method (e. g., the United States) and some requiring proportionate consolidation (e. g., Canada). A 1999 report by the G4+1 recommends that venturers use the equity method to account for interests in joint ventures, but cautions that there is very little empirical evidence on the decision usefulness of one approach over the other.

Something else -   Assessment of investment entities