The general measurement principle of IFRS 3 would require initial recognition at the acquisition date fair value. However, as a result of the exception in .29 the amount at which the intangible asset must be recognised is the value on the basis of its remaining contractual term (whereas the actual acquisition date fair value may take into account the potential for renewal of the initial contract/extension of the period). Reacquired rights

Thirdly, a gain or loss amounting to lesser of the favourable/unfavourable portion relative to the entity must be recognised and the the amount of any stated provision in the contract available to the counterparty to whom the the contract is unfavourable. Reacquired rights

The recognised intangible is then carried at the amortised value.

The acquirer shall measure the value of a reacquired right recognised as an intangible asset on the basis of the remaining contractual term of the related contract regardless of whether market participants would consider potential contractual renewals when measuring its fair value.

A reacquired right recognised as an intangible asset shall be amortised over the remaining contractual period of the contract in which the right was granted. An 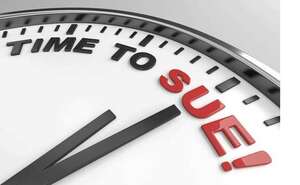 acquirer that subsequently sells a reacquired right to a third party shall include the carrying amount of the intangible asset in determining the gain or loss on the sale.

If the business combination in effect settles a pre-existing relationship, the acquirer recognises a gain or loss, measured as follows:

The amount of gain or loss recognised may depend in part on whether the acquirer had previously recognised a related asset or liability, and the reported gain or loss therefore may differ from the amount calculated by applying the above requirements.

It is not treated as a settlement of a pre-existing relationship because it continues to exist. In valuing the right, no value is attributed to the possibility of contract renewals (unlike many other contract-based intangibles). The reacquired right must be amortised over the remaining 4 year term. The reason for this evident departure from normal fair value measurement is that a reacquired right is no longer a contract with a third party.