IFRS 9 requires an entity to recognise a financial asset or liability on its balance sheet only when it becomes a party to the contractual provisions of the instrument.

Under IFRS 9 the requirements, on initial recognition, are that financial assets and financial liabilities are measured at (IFRS 9.5.1.1):

IFRS 9 retained the guidance from IAS 39 that – the best evidence of fair value at initial recognition is normally the transaction price – i.e. the fair value of the consideration given or received for the financial instrument. (IFRS 9.5.1.1A, IFRS 9.B5.1.2A)

However, if this is not the case, any difference is accounted for in accordance with the substance of the transaction. If there is a difference between the entity’s estimate of fair value at initial recognition and the transaction price, then:

The ‘which’ and ‘how’ of fair value measurement

The guidance for this example disclosure financial instruments is found here.

This note provides information about the group’s financial instruments, including:

The group’s exposure to various risks associated with the financial instruments is discussed in note 12. The maximum exposure to credit risk at the end of the reporting period is the carrying amount of each class of financial assets mentioned above. [IFRS 7.36(a), IFRS 7.31, IFRS 7.34(c)]

The insurer classifies its financial assets into the following categories:

The fair value of a cryptographic asset (‘CA’) might be accounted for or disclosed in financial statements. Fair value might be needed in a variety of situations, including:

IFRS 13, ‘Fair Value Measurement’, defines fair value as “the price that would be received to sell an asset or paid to transfer a liability in an orderly transaction between market participants at the measurement date”, and it sets out a framework for determining fair values under IFRS.

Private operating companies seeking a ‘fast track’ stock exchange listing sometimes arrange to be acquired by a smaller listed company (sometimes described as a ‘shell’ company or Special Purpose Acquisition Company or SPAC that is also a ‘shell’ company, especially incorporated (and listed) to serve a reverse acquisition/SPAC Merger). This usually involves the listed company issuing its shares to the private company shareholders in exchange for their shares.

A transaction in which a company with substantial operations (‘operating company’) arranges to be acquired by a listed shell company should be analysed to determine if it is a business combination within the scope of IFRS 3.

Is the transaction a business combination?

In these transactions, the pre-combination shareholders of the operating company typically obtain a majority (controlling) interest, with the pre-combination shareholders of the listed shell company retaining a minority (non-controlling) interest (i.e. a SPAC Merger). This usually indicates that the operating company is the accounting acquirer.

Disclosing financial assets and liabilities (financial instruments) in one note

Users of financial reports have indicated that they would like to be able to quickly access all of the information about the entity’s financial assets and liabilities in one location in the financial report. The notes are therefore structured such that financial items and non-financial items are discussed separately. However, this is not a mandatory requirement in the accounting standards. 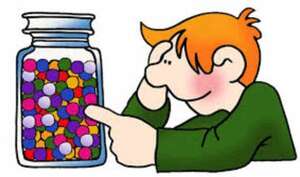 and about significant estimates and judgements is disclosed with the relevant line items, rather than in separate notes. However, this format is also not mandatory. For general commentary regarding the disclosures of accounting policies refer to note 25. Commentary about the disclosure of significant estimates and judgements is provided in note 11.

Scope of accounting standard for disclosure of financial instruments

IFRS 7 does not apply to the following items as they are not financial instruments as defined in paragraph 11 of IAS 32:

While contract assets are also not financial assets, they are explicitly included in the scope of IFRS 7 for the purpose of the credit risk disclosures. Liabilities for sales returns and volume discounts (see note 7(f)) may be considered financial liabilities on the basis that they require payments to the customer. However, they should be excluded from financial liabilities if the arrangement is executory. the Reporting entity Plc determined this to be the case. [IFRS 7.5A]

Certain interest rate benchmarks including LIBOR, EURIBOR and EONIA are being or have recently been reformed.

What are interest rate benchmarks?

Why are these benchmarks being reformed?

As benchmark rates are fundamental to so many financial contracts, they need to be robust, reliable and fit for purpose. Each of these interest rate benchmarks subject to reform were based on the rates at which banks lend to each other in the interbank market.

Financial regulatory authorities have expressed their concern that because interbank lending transactions have significantly decreased in recent years, the

benchmark rates may no longer be representative or reliable.

This concern has resulted in recommendations made by the Financial Stability Board towards the global financial industry to reform the major interest rate benchmarks and to develop a set of alternative rates that are more representative of the current financial environment.

The amendments made to IFRS 9 Financial Instruments, IAS 39 Financial Instruments: Recognition and Measurement and IFRS 7 Financial Instruments: Disclosures provide certain reliefs in relation to interest rate benchmark reform. The reliefs relate to hedge accounting and have the effect that the reforms should not generally cause hedge accounting to terminate. However, any hedge ineffectiveness should continue to be recorded in the income statement. Given the pervasive nature of hedges involving interbank offered rates (IBOR)-based contracts, the reliefs will affect companies in all industries.

Entities relying on the relief must disclose:

Information about how the entity is managing the transition process will provide users with an indication of the extent to which management is prepared for the transition. For example, this could include explanations about differences in fallback provisions between the hedged item and the hedging instruments.

The amendments are not clear whether the disclosure of the extent of the risk exposure that the entity manages could be provided on a qualitative rather than quantitative basis. However, numerical disclosures may be more useful for users.

Accounting policies relating to hedge accounting will need to be updated to reflect the reliefs. Fair value disclosures may also be impacted due to transfers between levels in the fair value hierarchy as markets become more / less liquid.

Entities should consider whether further disclosure of the impending replacement of IBOR should be provided in other parts of the annual report, for example in management’s discussion and analysis.

This Example Disclosure Related party transactions shows the disclosures an entity would have to add if it has a loan with an interest rate based on 3-month GPB LIBOR and a cash flow hedge in the form of a floating-to-fixed rate interest rate swap that is referenced to LIBOR. The disclosures assume that the entity has adopted the hedge accounting requirements of IFRS 9.

While primarily illustrating the disclosures required by the amendments made to IFRS 7 and other hedge accounting disclosures affected by IBOR reform, extracts 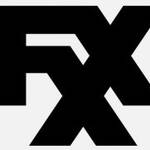 of other disclosures from the main body of the publication have been included, to provide some context for the additional disclosures.

New or revised disclosures are highlighted with shading. This appendix does not illustrate disclosures that may be required if the terms of the loan and the swap have moved to new benchmark rates.

Hedge ineffectiveness for interest rate swaps is assessed using the same principles as for hedges of foreign currency purchases. It may occur due to:

Ineffectiveness of CUXX,XXX has been recognised in relation to the interest rate swaps in other gains or losses in profit or loss for 2020 (2019 CUXX,XXX). The significant increase in ineffectiveness in the current year was caused by the expectation that the interest rate swap and the hedged debt will move from GBP LIBOR to SONIA at different dates. [IFRS 7.24C(b)(ii)]

Generally, the group enters into long-term borrowings at floating rates and swaps them into fixed rates that are lower than those available if the group borrowed at fixed rates directly. During 2020 and 2019, the group’s borrowings at variable rate were mainly denominated in Oneland currency units and US dollars. Except for the GBP LIBOR floating rate debt noted below, other variable interest rates were not referenced to interbank offered rates (IBORs) that will be affected by the IBOR reforms. [IFRS7.22A(a),(b), IFRS7.33(a),(b)]

Included in the variable rate borrowings is a 10-year floating-rate debt of CU10,000,000 (2019 CU10,000,000) whose interest rate is based on 3 month GBP LIBOR. To hedge the variability of in cash flows of this loan, the group has entered into a 10-year interest rate swap with key terms (principal amount, payment dates, repricing dates, currency) that match those of the debt on which it pays a fixed rate and receives a variable rate. [IFRS 7.24H(a)]

The group’s borrowings and receivables are carried at amortised cost. The borrowings are periodically contractually repriced (see below) and to that extent are also exposed to the risk of future changes in market interest rates.

The exposure of the group’s borrowings to interest rate changes and the contractual re-pricing dates of the borrowings at the end of the reporting period are as follows: [IFRS 7.22A(c), IFRS 7.34(a), IFRS 7.24H(b)]

An analysis by maturities is provided in note 12(d) below. The percentage of total loans shows the proportion of loans that are currently at variable rates in relation to the total amount of borrowings.

Instruments used by the group

The swap contracts require settlement of net interest receivable or payable every 90 days. The settlement dates coincide with the dates on which interest is payable on the underlying debt. [IFRS 7.22B(a)]

Effects of hedge accounting on the financial position and performance

The effects of the interest rate swaps on the group’s financial position and performance are as follows: