If an entity enters into a non-monetary exchange with a customer as part of its ordinary activities, then generally it applies the guidance on non-cash consideration in the IFRS 15 Revenue standard. Non-monetary transactions IFRS 15

Simple bartering involves no cost as this involves exchanging goods and/or services of the same value.

are made, and credited when sales are made. Compared to one-to-one bartering, concerns over unequal exchanges are reduced in a barter exchange.

The exchange plays an important role because it provides the record-keeping, brokering expertise and monthly statements to each member. Commercial exchanges make money by charging a commission on each transaction on either the buy or sell side, or a combination of both. Non-monetary transactions IFRS 15

9 Essential Leases and no leases examples

To start setting the stage, the definition of a lease: A contract, or part of a contract, that conveys the right to use an asset (the underlying asset) for a period of time in exchange for consideration.

The measurement of progress has the objective of faithfully depicting an entity’s performance in transferring control of the goods or services promised to the customer (that is, the extent to which the performance obligation is satisfied).

At the end of each reporting period, an entity shall remeasure its progress towards complete satisfaction of each performance obligation satisfied over time.

In July 2015 the Joint Transition Resource Group (TRG a combined effort by IASB and FASB to detect problems raised by the implementation of the revenue recognition standards) clarified that the principle of applying a single method of measuring progress for a given performance obligation is also applicable to a combined performance obligation, i.e. one that contains multiple non-distinct goods or services.

Source: BDO IFRS at a glance

Or in some more detail…..

summarises the process surrounding changes in lease contracts that identify as lease modification.

A change in the scope of a lease, or the consideration for a lease, that was not part of the original terms and conditions meets the standard’s definition of a lease modification.

A lessee accounts for a lease modification as a separate lease if both of the following conditions exist:

For a modification that is not a separate lease, at the effective date of the modification the lessee accounts for it by remeasuring the lease liability using a discount rate determined at that date and:

IFRS 13 The best Fair value fundamentals discusses the key concepts in the fair value standards, including the definition of fair value, inputs to fair value measurements, and the Read more

Series provision – IFRS 15 Revenue from Contracts with Customers (contents page is here) introduced a single and comprehensive framework which sets out how much revenue is to be recognised, and when. The core principle is that a vendor should recognise revenue to depict the transfer of promised goods or services to customers in an amount that reflects the consideration to which the vendor expects to be entitled in exchange for those goods or services. See a summary of IFRS 15 here. 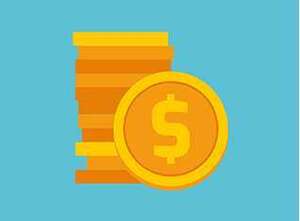 Under IFRS 15 a series of distinct goods or services that are substantially the same and have the same pattern of transfer to the customer are accounted for as a single performance obligation.

The general model of measurement of insurance contracts in IFRS 17 is based on estimates of the fulfilment cash flows and contractual service margin.