Skip to content
Embedded derivatives are a component of a hybrid contract that also includes a non-derivative host, so some cash flows vary similar to a stand alone derivative

Several IFRS standards provide guidance regarding the scope and application of the fair value option for assets and liabilities. Here they are from 1 to 11…….

1 Investments in associates and joint ventures

Investments held by venture capital organizations and the like are exempt from IAS 28’s requirements only when they are measured at fair value through profit or loss (FVPL) in accordance with IFRS 9. Changes in the fair value (FV) of such investments are recognized in profit or loss in the period of change.

The IASB acknowledged that FV information is often readily available in venture capital organizations and entities in similar industries, even for start-up and non-listed entities, as the methods and basis for fair value measurement are well established. The IASB also confirmed that the reference to well-established practice is to emphasize that the exemption applies generally to those investments for which fair value is readily available.

Subsequent to initial recognition of intangible assets, an entity may adopt either the cost model or the revaluation model as its accounting policy. The policy should be applied to the whole of a class of intangible assets and not merely to individual assets within a class 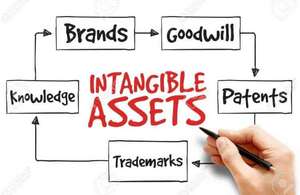 , unless there is no active market for an individual asset.

The revaluation model may only be adopted if the intangible assets are traded in an active market; hence it is not frequently used. Further, the revaluation model may not be applied to intangible assets that have not previously been recognized as assets. For example, over the years an entity might have accumulated for nominal consideration a number of licenses of a kind that are traded on an active market. 11 Best fair value measurements under IFRS 13

Commodity finance IFRS the 6 best examples – A key issue is whether the contract to deliver a non-financial item (the commodity) falls within the scope of IFRS 9 Financial Instruments. Although IFRS 9 would appear to apply only to financial assets and financial liabilities, certain contracts for non-financial items are also within its scope.

The scope of IFRS 9

In determining whether the transaction is within the scope of IFRS 9, key guidance is set out in IFRS 9 2.4. IFRS 9 2.4 notes that

The objective of the ‘hold to collect’ business model is to hold financial assets to collect their contractual cash flows, rather than to selling the assets
Under the 'hold to collect and sell’ business model, the objective is to both collect the contractual cash flows and sell the financial asset for cash
The financial statements of a group in which the assets, liabilities, equity, income, expenses and cash flows of the parent and its subsidiaries are presented as those of a single economic entity. The detailed ‘mechanics’ of the consolidation process vary from one group to another, depending on the group’s structure, history and financial reporting systems. IFRS 10 and much of the literature on consolidation are based on a traditional approach to consolidation under which the financial statements (or, more commonly in practice, group ‘reporting packs’) of group entities are aggregated and then adjusted on each reporting date.
Financial assets measured at fair value through profit or loss 2. This is part of the classification of financial assets, representing the remaining or designated class of financial assets.
Financial assets and liabilities measured at amortised costs minus the principal repayments, plus or minus the cumulative amortisation using the effective interest method.
Existence uncertainty possibly combined with a low probability of inflows or outflows of economic benefits and an exceptionally wide range of possible outcomes,