From 1912 onwards, 11 periods are identified in which different CEO’s were in charge. A distinction has to be made between non-routine (NR) and routine CEO turnover. In literature considerate evidence has been found that when approaching CEO turnover, 1) income reducing accruals, 2) research and development and 3) depreciation (all directly impact income) are managed to affect the company result. Taking a bath accounting big bath strategies

In the last forty years of the 20th century, seven CEO’s headed Philips: 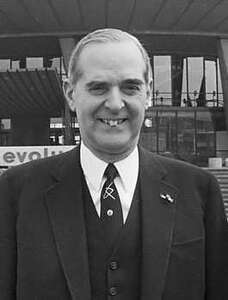 Taking into account that surrounding the turnover of the previous CEO’s no suspicious earnings management occurred, the research starts in 1961. Considering that Mr. F. Philips became member of the board of commissionaires, this was a routine turnover. Therefore, no big bath or cover up incentive is present 1960/1961, although earnings have been managed. Taking a bath accounting big bath strategies

Although in 1970 a decline in profits started to appear and continued till the end of 1971, a profit enhancing practice can be identified. According to Volmer and Faas the profit decline in 1971 should have been 38% whereas a 21% decline has been reported. The stated profit should have been 271 million, whereas the disclosed amount was 343 million (1997, p 100). Taking a bath accounting big bath strategies

Although the decline may come in handy for the new CEO, it cannot be concluded that a big bath had been taken. This occasion does not live up to the non-routine turnover requirement. considering there a routine succession. A definite conclusion is that earnings have been managed so that investors where provided with a more positive view of the company and its management. Taking a bath accounting big bath strategies

The difference in profit between 1979 and 1980 was remarkable. The following profit numbers were reported: HFL 1 619.000.000, – in 1979 and HFL 328.000.000, – in 1980. Again Philips made accounting foundation changes in 1980; employee bonuses and profit shares were treated as being part of profit determination instead of profit distribution. At the end of his spell, Rodenburg was included in the board of commissioners.

Something else -   Financial reporting models

In 1980, employee bonuses and profit shares were treated as being part of profit determination instead of profit distribution. 1981 was the year in which several policy changes occurred. The first change was that in compared to prior years a finance correction was used for value increases on assets. This was accompanied by the fact that regarding deferred taxes, the revaluation was corrected through the use of the profit and loss account and not via the revaluation reserve. Taking a bath accounting big bath strategies

Thirdly, currency differences -when recalculating equity of foreign currency denominated companies- are taken by the equity instead of by the usual revaluation reserve. Provisions for impairments of inventories and uncollectible accounts receivable are determined at the level of the estimated risk at the end of the book year, whereas provisions remained at a higher level in the past.

The provision for lifecycle duration risks in order to equalize lifecycle duration differences was omitted. Treasury shares ‘N.V. Bezit’ were subtracted from common stock instead of including at nominal value in the securities item. The exact effect of the above mentioned cannot be determined, estimates are that is has a positive impact on the 1981 result of somewhere between 703 and 1,147 million guilders.

In 1980 a profit of 328 million guilders was disclosed, the 1981 profit was intended to give the impression that Philips was getting back on track after the profit decrease between 1979 and 1980. In reality this was not the case. Considering the routine character of the CEO succession, the above stated proves nothing more than earnings management.

Costs regarding publishing rights were depreciated in 7 years instead of by using the ratio of expected revenues. WIR-premiums (investment premiums) were directly booked in favor of profits when realization could reasonably be expected, instead of subtracting from the current value of assets.

Deferred finance corrections were presented as being part of equity instead of being presented between equity and liabilities. 1986´s profit was HFL 1.015.000.000,- which is an increase of 10% in comparison to 1985. Although the proof for big bath accounting is minimal it is justified to conclude that earnings have been managed in a way that benefited CJ van der Klugt. If one would like to be persistent in finding big bath accounting than it can be argued that there was some big bath alike approach.

Something else -   3 powerful capital maintenance concepts

Since Van Der Klugt was appointed in April 1986, 1987 was his first full year. Subsequently he became a board member, which depresses the temptation to engage in big bath accounting. 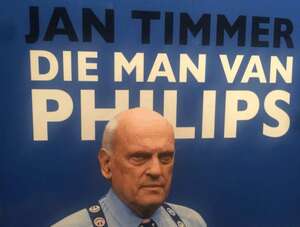 On April 10th 1990 Jan Timmer was appointed CEO of Philips. In 1989 the initial decline of 15% of profits was turned around into a solid performance improvement of 49%. In 1990 Philips made a turnaround which resulted in a big loss (HFL 4.240.000.000). It seemed that the shift in accounting principles was done in an attempt to gain some time to wait for better times.

It became apparent that this would not happen and it was decided to make a clean sweep which resulted in the big loss that can be seen as taking a big bath. It cannot be proven that it was intentionally for the sake of the CEO’s reputation considering the loss in 1992. In 1992 a lot of accounting principles were altered this was to bring the companies disclosures more in line with international regulations.

Considering a non-routine succession occurred, this CEO turnover occasion will be investigated more in depth.

During Boonstra’s leadership a loss of EUR 268.000.000 was turned around into a profit of EUR 9.662.000.000 in the last year of his leadership. During Boonstra’s 5 year spell at Philips, he managed to generate the highest average annual profit increase (big bath) by increasing Philips’ profit margin and profits per employee. The highest average profit was accomplished and amounted to € 2,835,104,396. Boonstra was the best performing CEO when the years he was in charge are assessed and compared with other CEO’s.

Something else -   Disclosure innovations in financial reporting