An asset is credit impaired when one or more events that have a detrimental effect on the estimated future cash flows of the asset have occurred. The credit adjusted approach is one of three IFRS 9 approaches for measuring and recognising expected credit losses, the other two are the general approach and the simplified approach. 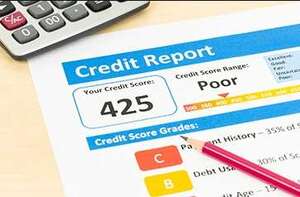 When a financial asset is credit-impaired, IFRS 9 5.4.1(b) requires an entity to calculate (a lower) interest revenue by applying the credit adjusted effective interest rate to the amortised cost of the financial asset, i.e. the (original) gross amount less expected credit losses. This results in a difference between:

If a financial asset ‘cures’, so that it is transferred back to stage 2 or stage 1, interest revenue would once again be recognised based on the gross carrying amount.

As a result, an entity recognises the adjustment required to bring the loss allowance to the amount required to be recognised in accordance with IFRS 9 as a reversal of expected credit losses ECLs in profit or loss [IFRS 9 5.5.8]. The credit adjusted approach

Something else -   IFRS 9 Classification and Measurement of Financial Instruments 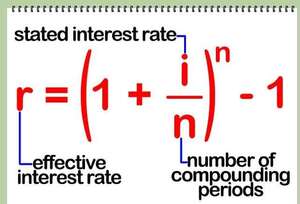 The rate that exactly discounts the estimated future cash payments or receipts through the expected life of the financial asset to the amortised cost of a financial asset that is a purchased or originated credit-impaired financial asset. When calculating the credit-adjusted effective interest rate, an entity shall estimate the expected cash flows by considering all contractual terms of the financial asset (for example, prepayment, extension, call and similar options) and expected credit losses. The calculation includes all fees and points paid or received between parties to the contract that are an integral part of the effective interest rate, transaction costs, and all other premiums or discounts.

Example of application of the credit adjusted approach from HSBC

HSBC determines that a financial instrument is credit-impaired and in stage 3 by considering relevant objective evidence, primarily whether:

If such unlikeliness to pay is not identified at an earlier stage, it is deemed to occur when an exposure is 90 days past due, even where regulatory rules permit default to be defined based on 180 days past due. Therefore the definitions of credit-impaired and default are aligned as far as possible so that stage 3 represents all loans which are considered defaulted or otherwise credit-impaired. The credit adjusted approach 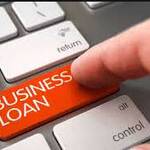 Great Bank & Co had been struggling to recover the interest payments on the loan and therefore sold the loan to InvestCollect (who is known for their effective debt collection strategies). InvestCollect purchased this loan for its fair value of CU80,000 on 1 January 2014 (being the gross carrying amount of CU100,000 less expected credit losses of CU20,000).

At 1 January 2014 InvestCollect expected to recover CU10 000 of the annual interest and 70% of the principle amount when it falls due. At 31 December, InvestCollect did in fact receive an interest payment of CU10 000 on the loan.

On 31 December 2014, InvestCollect re-assessed the credit risk of the loan and estimated that only CU8,000 of interest would be received annually and only 65% of the principle will be recovered on due date.

1. Purchase of the loan

The credit-adjusted effective interest rate has to be calculated based on the expected cash flows as at 31 December 2014:

The expected change in cash flows from initial recognition is calculated as follows:

On 1 January 2009, Company D issued a bond that required it to pay an annual coupon of CU800 in arrears and to repay the principal of CU10,000 on 31 December 2018. By 2014, Company D was in significant financial difficulties and was unable to pay the coupon due on 31 December 2014. The credit adjusted approach

On 1 January 2015, Company V estimates that the holder could expect to receive a single payment of CU4,000 at the end of 2016. It acquires the bond at an arm’s length price of CU3,000. Company V determines that the debt instrument is credit-impaired on initial recognition, because of evidence of significant financial difficulty of Company D and because the debt instrument was purchased at a deep discount. The credit adjusted approach

All things being equal, interest income of CU464 (CU3,000 × 15.5%) would be recognised on the instrument during 2015 and its carrying amount at the end of the year would be CU3,464 (CU3,000 + CU464). However, if at the end of the year, based on reasonable and supportable evidence, the cash flow expected to be received on the instrument had increased to, say, CU4,250 (still to be received at the end of 2016), an adjustment would be made to the asset’s amortised cost. Accordingly, its carrying amount would be increased to CU3,681 (CU4,250 discounted over one year at 15.5%) and an impairment gain of CU217 would be recognised in profit or loss. The credit adjusted approach

In considering the SPPI test, Subsidiary C notes that if the loan was considered a basic lending arrangement which met the SPPI test, it would also meet the definition of a ‘Purchased or Originated Credit Impaired’ loan because the discount of £300k would represent incurred credit losses. This means that a credit adjusted EIR taking into account those incurred losses would be calculated. At initial recognition therefore:
–– Fair value = £500k;
–– Credit adjusted EIR = 8% (i.e. the interest rate which discounts future cash flows of £40k in 2021 and £540k 2022 back to the initial carrying amount of £500k).

Something else -   11 Best fair value measurements under IFRS 13

Under this method of accounting, any subsequent changes (gains or losses) in lifetime ECL of £300k would be taken as an impairment gain or loss in future periods and would be entirely dependent upon the value of the property. This is not consistent with a basic lending arrangement and implies that the loan is more in the nature of an indirect investment in the underlying property than the provision of finance.

Based on the above analysis, Subsidiary C concludes that the loan fails the SPPI test and would be classified at FVPL. On an ongoing basis, the loan would be measured at fair value in accordance with IFRS 13 Fair Value Measurement with all movements in fair value going through profit or loss.

An entity originates a 5-year loan of RM10,000,000 that pays fixed interest of 8% per year and is repayable at the nominal amount at the end of Year 5. Transaction costs amount to RM200,000. If the borrower defaults at the end of Year 5, the entity expects to recover only RM7,500,000 of the principal amount. Based on the credit risk of the borrower, there is a 1% chance that the borrower will default at the end of Year 5. Using a discount rate of 4% risk-free rate, the probability-weighted lifetime expected credit losses is estimated at RM20,548. An initial 12-month expected credit losses of RM4,110 is recognised as a loss allowance on the origination date of the loan.

The effective interest rate is calculated on the gross carrying amount as follows:

At the end of Year 5 and if there is no default, the entity records the following journals:

When the Loan becomes Credit-Impaired

If, in the above example, the loan receivable subsequently becomes credit-impaired at the end of Year 2, and the entity revises the estimated future cash flows to consist of RM600,000 interest per year for the remaining three years and the recoverable amount of RM9,000,000 of the principal at the end of Year 5. Using the original effective interest rate of 7.51%, the present value of the revised future cash flows is calculated at RM8,803,671. The lifetime expected credit losses are calculated at the present value of the shortfall in the future cash flows and the amount of lifetime expected credit losses required is RM1,324,887. The entity recognises the impairment loss as follows:

The entity subsequently applies the original effective interest rate to the revised amortised cost amount in the subsequent periods, as follows:

Something else -   Synthetic products